2022 fees for Darley’s European stallions have been released to breeders via the MyDarley feature of the company’s website and have largely been kept steady, after substantial reductions last year in the light of the Covid pandemic.

Palace Pier, who retired rated the World Champion miler and with five top-flight victories to his name, begins his stallion career at Dalham Hall Stud at £55,000, the same fee his sire Kingman retired at back in 2015. Rated the best racehorse in the world after his G1 Lockinge and G1 Queen Anne wins this year, Palace Pier also won the G1 St James’s Palace Stakes and is the only back-to-back winner of the G1 Prix Jacques le Marois this century.

Space Blues holds the distinction of being Dubawi’s fastest stallion son – what’s more, he’s also from Dubawi’s family. He rounded off his career with an outstanding victory in the G1 Breeders’ Cup Mile, having run out a sensational winner of the G1 Prix de la Foret on Arc day. Also winner of the G1 Prix Maurice de Gheest last year beating a particularly strong field, Space Blues chalked up victories in almost every major race at around seven furlongs, including the $1 million 1351 Turf Sprint. He will stand at Kildangan Stud at a fee of €17,500.

Victor Ludorum retires to Haras du Logis, also at €15,000. An undefeated G1 winner at two, Victor Ludorum became the fastest colt ever over Deauville’s straight mile when landing the G1 Poule d’Essai des Poulains. His race record strongly resembles that of his sire Shamardal, from whose female family he also descends.

Dubawi heads the roster at an unchanged fee of £250,000 after a year in which he was the world’s leading sire of Group winners (23) and Stakes winners (37) and also Europe’s top sales stallion (with an average of £541,000). At the weekend, he became the first horse ever to sire three Breeders’ Cup winners in the same year after outstanding victories for Modern Games, Yibir, and of course Space Blues. Several of his sire sons are excelling – none more so than roster mate Night Of Thunder, whose fee remains €75,000 after siring two 2021 G1 winners – and Dubawi is also broodmare sire of the Derby winner, Adayar.

Darley’s young stallions have also had a superb year, both on the racecourse and at the sales. Profitable has had 25 winners to date, led by G2 Queen Mary heroine Quick Suzy, and it is testament to his market value that his latest crop of yearlings have proved even more popular than his first, selling for up to €529,000 with 10 making six-figure sums. The only stallion on the roster to see a price rise, Profitable’s fee returns to pre-Covid levels at €12,500. Fellow Kildangan first-crop sire Ribchester, will stand for the same money. He is responsible for recent Doncaster Stakes winner Flaming Rib, and his second crop of yearlings have made up to €437,000.

Sam Bullard, Director of Stallions, said, ‘We are thrilled to be introducing three outstanding multiple G1 winners to a very strong roster, deep on quality and achievement. Following last year’s three Champion additions in Ghaiyyath, Earthlight and Pinatubo together with Blue Point and Too Darn Hot in 2020, we are confident of giving breeders every chance of benefitting from the wonderfully positive sales season we have just enjoyed.’ 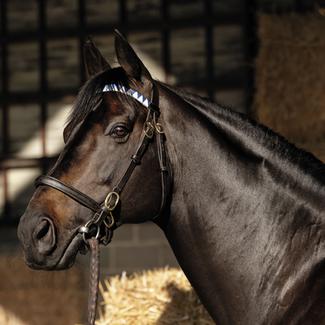