No issue stepping up to Group company for two-year-old Modern Games; Postponed adds a new winner to his record

The step up to Group company proved no issue for this colt as after virtually making all the whole way, he ran on well inside in the final furlong to win by two and a half lengths in the hands of William Buick.

Bred by Godolphin, Modern Games is out of a New Approach mare, Modern Ideals, herself a half-sister to fellow Darley stallion and G1 winner Ultra. Dubawi has now sired a staggering 29 individual Stakes winners in 2021.

First-season sire and son of Dubawi Postponed added a new winner on the same day, when his daughter My Silent Song just got up on the line at Pontefract. She tracked the leaders under a confident ride from Paul Mulrennan before being pushed along two furlongs out to steal the win on the line for trainer Ed Dunlop.

Bought at Tattersalls Book 1 Yearling Sale for 85,000gns and bred by El Catorce Partnership, My Silent Song is a daughter of the Galileo, mare Sky Crystal and is a half-sister to G2 Clipper Logistics Stakes and G3 Jersey Stakes winner Space Traveller. 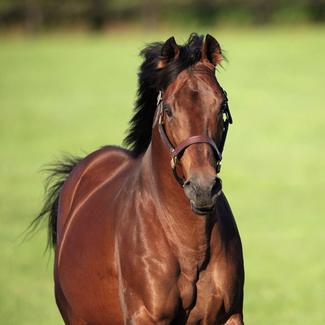