West Wind Blows, a three-year-old son of Teofilo, recorded his first Group victory on Sunday, 4 September when landing the G3 Prix du Prince d’Orange. Run over 2000m at ParisLongchamp, the freely-sweating colt swept down the outside in the straight to win by one and three quarter lengths.

West Wind Blows is one of five winners bred by the G1 Prix de Diane heroine West Wind. From the extended family of Thunder Snow, West Wind also has a colt foal by Masar and is in foal to Too Darn Hot this season. 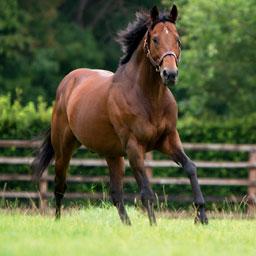