Smart three-year-old by Territories has big spring missions after Stakes victory in Melbourne.

Berkeley Square could be targeted at the G1 Caulfield Guineas and the G1 Victoria Derby in Melbourne after the exciting three-year-old by Territories won the Listed Exford Plate (1,400m) at Flemington on Saturday, 10 September.

A dual winner and a runner-up at his only previous starts, Berkeley Square came from well back in the field and overcame a chequered passage in the home straight to beat Fast Witness and Tijuana in a driving finish with jockey Craig Williams in the saddle.

Berkeley Square, out of the Australian mare Bahamas - who is the dam of 2021 Frank Packer Plate winner and current Hong Kong star Senor Toba - has now earned AU$283,150 for Ballarat trainer Dan O’Sullivan.

The gelding has an unraced two-year-old half-sister by Frosted (USA) and a yearling half-brother by Harry Angel. Bahamas was covered by Blue Point last season.

A G1 winner in France as a three-year-old, Territories has now sired six Black-Type winners - including the 2021 G1 Prix de l’Opera queen Rougir.

Another outstanding win for @DOSullivanRace’s Berkeley Square with the son of @DarleyEurope’s Territories coming from back in the field to win the Listed Exford Plate in style for @CWilliamsJockey. Congrats to breeder David Peacock on the win!@SAbreeders @DarleyAus @anz_news pic.twitter.com/VjWD0NFmQ5 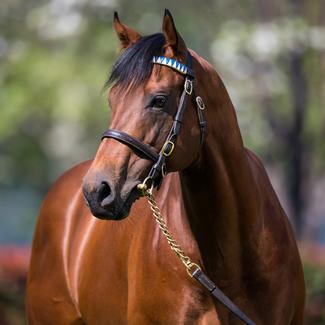