Ghaiyyath, Dubawi’s outstanding son who carried all before him when becoming Horse of the Year in 2020, is now seeing the arrival of his first foals.

Amongst them is a “big strong colt” out of the Dansili mare Diantha. Described by his breeder as having “plenty of bone and substance”, he is her second foal after a Night Of Thunder colt last season. The exceptionally-bred Diantha, owned by John Heffernan and Elec Bloodstock, is herself a half-sister to Night Of Thunder’s G2 Dante Stakes hero Thunderous.

Ghaiyyath’s two further foals on the ground are a half-brother to Shamardal’s multiple Stakes winner Global Giant, bred by Elysian Bloodstock, and a filly out of Marywell, bred by Castle Paddock Bloodstock, a half-sister to two Stakes performers including Galtres heroine Martlet.

Ghaiyyath was a record-breaking two-year-old, winning the Autumn Stakes in a new Stakes record. He went on to win the G1 Grosser Preis von Baden by a devastating 14 lengths, before a truly sensational campaign in 2020 saw him land the G1 Juddmonte, G1 Eclipse and G1 Coronation Cup (where he broke the course record). 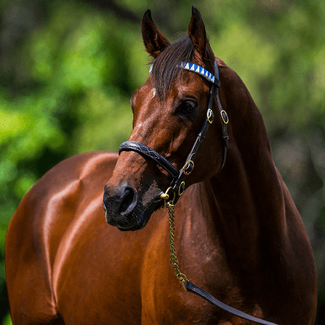