Sheikh Mohammed Obaid al Maktoum’s homebred Zomaradah was born at Rutland Stud, on the outskirts of Newmarket, in February 1995. By Mill Reef’s grandson Deploy, her dam Jawaher, although not a winner on the racecourse herself, had a superb pedigree, being a daughter of Dancing Brave from the immediate family of globetrotting multiple G1 winner In The Wings.

Sent into training with Luca Cumani, Zomaradah had one outing at two and returned in April the following year with a convincing victory at Brighton. A huge step up in class followed as she lined up in the G1 Oaks d’Italia and she simply could not have been more impressive, storming home to win by almost four lengths.

Zomaradah rounded off her three-year-old campaign with victory in the E P Taylor Stakes (now a G1) in Canada, just four months after her dam’s half-brother High-Rise won the Derby at Epsom. She added a further two Group wins at four, landing the G2 Royal Whip Stakes at the Curragh, plus the Premio Lydia Tesio. The globetrotting filly was also third in the G1 Breeders’ Cup Filly and Mare Turf at Gulfstream Park.

Retired to the paddocks the following year, Zomaradah did not produce a foal during her first breeding season but the following year was one of a truly elite group of mares to visit the great Dubai Millennium. His tragic death from grass sickness during his first year at stud meant that the colt she was carrying – while already a potential superstar courtesy of his outstanding parents – became more precious still as he would be one of Dubai Millennium’s sole crop of foals.

The colt, born at Kildangan Stud in February 2002 is of course Dubawi – the most talented of Dubai Millennium’s runners and now continuing his sire’s legacy in outstanding fashion as one of the world’s leading stallions.

Unbeaten at two, Dubawi won the Superlative Stakes at Newmarket’s July meeting before landing the G1 National Stakes at the Curragh. He was then crowned Champion three-year-old having taken the Irish Guineas and emulated his great sire with victory in the Prix Jacques le Marois. He has since become the fastest stallion ever to record 50 Group winners and has no fewer than 41 G1 winners to date.

Dubawi, photographed in May 2002

He is now also firmly establishing himself as a sire of sires and currently has four of his sons on the Darley roster in Europe.

They are headed by Night Of Thunder (pictured below), who made an even better start at stud than his sire with seven juvenile Stakes winners.

Hunter’s Light was a leading first-season sire in France in 2019, while Postponed’s first foals made a great impression at last year’s sales.

Newest to the roster is of course Too Darn Hot, the undefeated Champion two-year-old who went on to become the highest-rated three-year-old of his year by Timeform. He is currently covering his first book of mares at Dalham Hall Stud.

Dubawi, although the best foal produced by Zomaradah, is by no means her only talented racehorse. After foaling Dubawi, Zomaradah visited Barathea and the resultant filly, Princess Nada, was a Stakes winner at three and was also placed in the G2 Lancashire Oaks. Two of Princess Nada’s foals to hit the racecourse have gained Black type, with Qewy (Street Cry) a Listed winner in Ireland and Jordan Princess (Cape Cross) twice Stakes placed.

Emirates Queen (Street Cry) also provided her dam with success on the racecourse when running out the convincing winner of the  G2 Lancashire Oaks.

Zomaradah, now aged 25, is enjoying a well-deserved retirement from breeding at Darley’s Church Hall Farm, but this wonderful mare’s legacy will live on for many years to come. 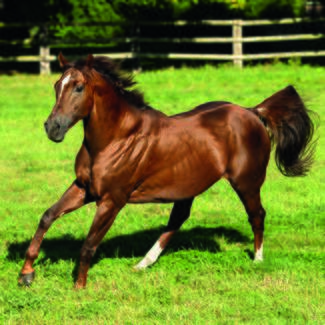 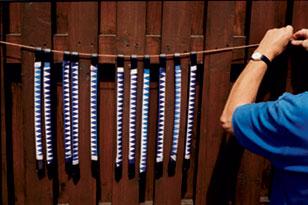