Palace Pier, one of the newest additions to the Darley stallion roster in Europe, was lauded for the second year in a row at the Cartier Racing Awards on Wednesday, 10 November when announced Champion Older Horse, a year after he was named Cartier Champion Three-Year-Old Colt.

His win follows another superb season that kicked off with an eight-length victory in the G2 Sandown Mile. He went on to triumph in the G1 Lockinge Stakes at Newbury and comfortably in the G1 Queen Anne Stakes at Royal Ascot, completing the St James’s Palace and Queen Anne double also completed by Frankel.

A trip to France saw him secure a fifth G1 in the Prix du Jacques le Marois at Deauville, beating G1 2,000 Guineas and G1 St James’s Palace Stakes winner Poetic Flare. In winning this he became the first horse this century to win back-to-back renewals of the race.

Signing off his spectacular career with a narrow second in the G1 Queen Elizabeth II Stakes, Palace Pier is the best ever by Kingman, rated 5lb above Persian King, and out of Beach Frolic who was sold for 2,200,000gns at the 2020 December Sales. He is from the great Lagardere family of fellow Jacques Le Marois winner Miss Satamixa. 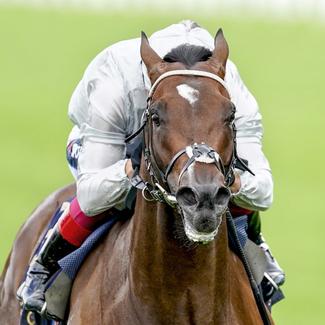