Last seen on the track when taking the G3 Earl Of Sefton at Newmarket last April, Master Of The Seas, by Dubawi, appeared to be in fine form as he notched his fifth win from 10 starts in the 1600 meter G2 Zabeel Mile at Meydan on 20 January.

Never far off the front runners in the one-mile turf event, Master Of The Seas had some work to do in the stretch but fought to the lead just past final turn and was going very well at the finish to post a new course record.

Master Of The Seas is one of eight winners bred by Classic-placed Danehill mare Firth Of Lorne. Four of these have won at Stakes level including Classic-winner Falls Of Lora, who herself is the dam of G1 winners Cascadian (New Approach) and Albahr (Dubawi). 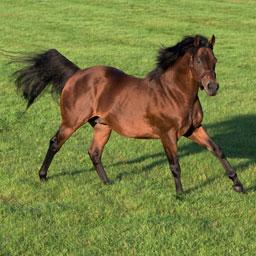