Having only her fifth race start and her first in Black-Type company, Goldie’s Chance was trapped three-wide early before crossing to sit outside the speedy Bolshoi Star in the 1335m event.

When jockey Terry Moseley asked her for another effort at the top of the home straight, Goldie’s Chance responded to run down Bolshoi Star in the shadows of the winning post. Abit Sassy finished well to take third place, three-quarters of a length away.

Goldie’s Chance, out of Genealogy, was bred at Nearco Stud and is trained at Yaldhurst by Ross Beckett.

The three-year-old joined Seajetz and La Flora Belle as Stakes-race winners for Iffraaj in New Zealand in recent months.

Seajetz won the Listed Karaka Classic on 1 November at Pukekohe before La Flora Belle scored in the Listed Wanganui Cup on 26 November.

Iffraaj won seven races - including three at G2 level - and was placed twice from just 13 starts.

In the Shaky Isles alone, Iffraaj has 27 individual Stakes-race winners and his progeny have won 636 races. 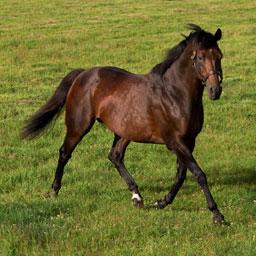