Amalaura (Raven’s Pass) secured a first Stakes victory when taking the Listed Premio Seregno in Milan on Saturday, 9 April. Placed in Listed company as a juvenile and having made a winning seasonal debut over course and distance earlier in the year, the three-year-old filly took the mile contest by a length.

Bred by Az Agr Capannacce Di Teodora Giorgi, Amalaura is out of the Stakes-placed Sakhee’s Secret mare Rabiosa Fiore. She is the best performer out of a winning half-sister to Ibn Malik, himself a Stakes-winning son of Raven’s Pass. 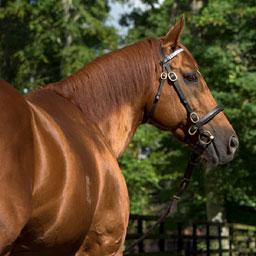