Record-breaking sprinter Blue Point has his first yearlings going through the sales this season and they are already making waves at Deauville.

Topping the first season sires charts with an average of €133,000, seven of his stunning youngsters found new homes, recording a better return than his contemporaries Too Darn Hot, Magna Grecia, Ten Sovereigns, Waldgeist and Calyx.

The first of his €200,000 sales was lot 251, a colt consigned by Monceaux out of the Galileo mare Davantage, with Godolphin the grateful purchaser.

Later in the session, BBA Ireland also spent €200,000 when signing for a filly out of Golden Lilac, consigned this time by Ammerland.

Blue Point had four further yearlings sell for €100,000 or greater including De Burgh Equine paying €160,000 for a filly out of Purely Priceless.

With the European sales seasons kicking into full gear, sons of Shamardal and Dubawi are in high demand with plenty of fireworks expected at Goffs and Tattersalls. 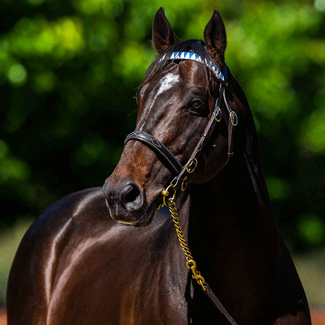